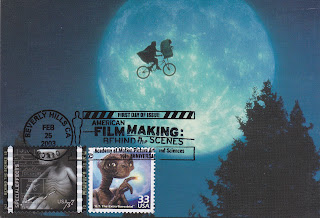 Amidst all the big comic book adaptations and massive action tentpole films this last summer, the most exciting time I had in the theater was with a lean, modest movie about bike couriers called Premium Rush.


Confession: I don’t know how to ride a bike.  This surprises a lot of people, since learning to do so seems a ubiquitous part of growing up.  I guess I don’t have much of an explanation for it, except that there didn’t seem much point to when I was little.  I didn’t have any friends who lived near me.  In the suburban wasteland of San Diego, there was nowhere I wanted to go.  That I was nonathletic, physically uncoordinated didn’t help either.  I’m not sure how my younger sister learned, because the only advice my dad ever gave was “Don’t do that.”  But she wanted a paper route.  She was motivated, and I really didn’t care.

Then, as you get older, it becomes more embarrassing not knowing.  And more reasons come up to never learn.  I knew how to drive.  I moved to an urban center, where bicyclists appeared to take their lives into their own hands every day (when they weren’t having their bikes stolen).  I loved going for walks that went miles and miles.  Of course, as soon as someone would find out, they’d immediately offer to teach me, but that was usually just as quickly forgotten.  And the occasions to ride were so infrequent, it never really came up as an adult.  The one time I visited Amsterdam, the ideal place to make up for lost time, it was the middle of winter and completely iced over, so not even the most seasoned bicyclists were on the road.

So bike riding has an exotic allure for me that allows even simple movie scenes to have amazing power because of that visceral elusiveness.  The playfulness of Butch and Sundance.  The charming community of the Muppets on an outing together.  Or the excitement of Joseph Gordon-Levitt negotiating traffic, weaving around pedestrians, out-pedaling the bad guys with some McGuffin in his messenger bag.  Genuinely thrilling stuff.

This past summer was also the 30th anniversary of E.T.: The Extra-Terrestrial (Spielberg, 1982).  I remember the movie vividly growing up, because I was Elliott’s age, socially awkward and stuck in my own California suburban malaise.  I was enchanted by the film back then, even though I loved all kinds of movies and was the only kid I knew who already was familiar with The Quiet Man (the film ET watches when he and Elliott share their intoxicated, psychic connection). 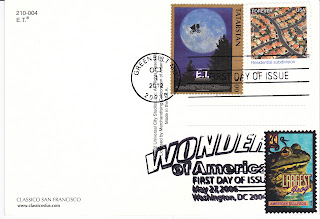 So when it popped up on TV recently, I watched for a bit (it had been ages since I’d last seen it).  And while it may not have the epic scope or depth of feeling that Close Encounters does (to my mind, still Spielberg’s one masterpiece), I thought it still held up pretty well.  Until the famous bike chase.  As soon as Elliott, his brother and friends start barreling through backyards, evading the feds on their two-wheelers to John Williams’ propulsive music, I was completely enraptured, every nerve tingling.
For a kid at that age and that time, bikes were empowering.  Liberating.  Emotions I never really understood or experienced until I was much older, my suffocating adolescence behind me.  So this was my favorite part of the movie, maybe one of my favorite sequences in any 80s movie.
Because it represented for me something both energizing and absent growing up.  It doesn't last long, but it's marvelous to watch.  And as soon as ET uses his alien mojo to send the bikes flying into the air, I changed the channel.  Because what made the movie special to me was over.

They say it’s never too late.  And I suppose that’s true.  But I have no bike, no helmet, no one to teach me, no easy means of learning, and no one to ride with.  The time and cost are real investments now.  And any recreational biking would still involve a lot of driving to get to where I can do so safely, which itself seems its own sort of vanity.  But that’s OK.  Not all bucket list items are meant to be checked off.  And I still have the movies, where even the most pedestrian fantasies can be brought to life.

E.T. was honored with a stamp in the Celebrate the Century 80s issue (Scott # 3190m) and specifically in the Special Effects stamp of the American Filmmaking series (Scott # 3772i).  A highlight of the film is the liberation of the frogs in the science class, and the Wonders of America series kindly obliged me a stamp (Scott # 4055), as did the residential subdivision in the Earthscapes issue (Scott # 4710k).  The E.T. stamp from the Republic of Tatarstan was issued in 2001.

Posted by The Filmatelist at 9:19 AM