I thought I'd try to start each new year with an annual sampling of the stamps and first-day-of-issue postmarks I added to my collection from the year before. 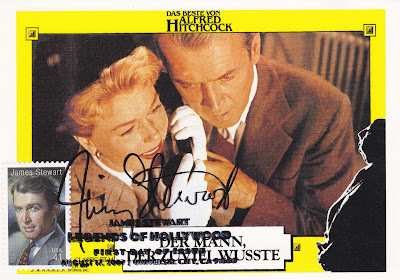 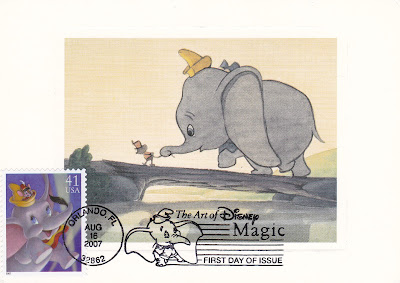 Disney: The Art of Magic issue, including Dumbo, Scott # 4194 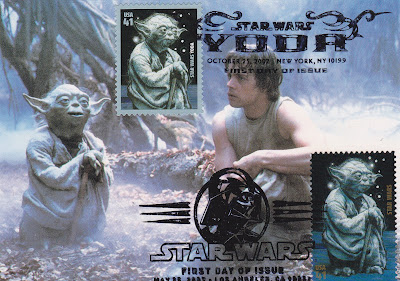 The USPS did something unusual with the Star Wars sheet it issued.  It also set up on online poll for people to vote for their favorite of the stamps, which would then subsequently get an entire sheet to itself.  The Yoda stamp won, so the stamp at the top of the card is the reissue from the full Yoda sheet, and the stamp at the bottom of the card from the original Star Wars sheet.  Scott #s 4205 and 4143n, respectively. 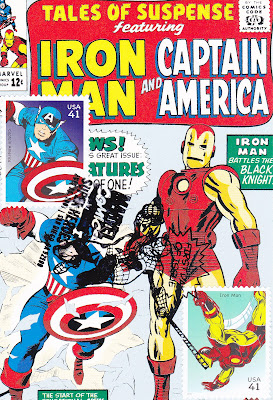 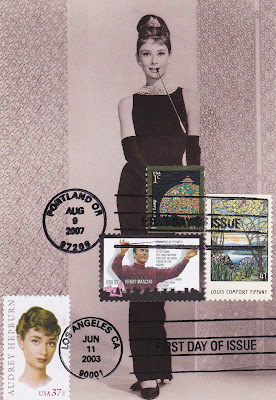 Posted by The Filmatelist at 6:05 PM No comments: