The Answer to Life, the Universe, and Everything 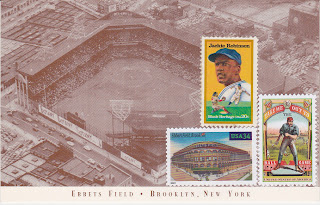 Every Douglas Addams aficionado knows what the title means: In The Hitchhiker’s Guide to the Galaxy, the number 42 is that (cryptic) answer.  And any baseball fan knows that 42 is perhaps the most important number in a sport unequaled in its love of stats and numerics.

I’m 42.  I have loved baseball for as long as I can remember.  I was a pretty good 3rd baseman and without a doubt the worst hitter our league had likely ever seen.  Our local team the Padres were hopeless cellar dwellers for most of my time living in San Diego.  But I didn’t care.  I collected the cards, followed the standings, fill out box scores at home watching televised games on Saturday afternoons.  A game that’s often mocked for its more boring attributes was one I found simple and meditative and beautiful.

Jackie Robinson was probably the first black person I ever read about, and likely the window into American racial politics for this middle-class kid in a lily-white suburb.  And it’s a tremendous story of bravery through stoicism, conviction, and alliance building, a model of living by example in the face of unthinkable pressure.

So while I’m not sure if the recently-released movie 42 (Helgeland) is great cinema, it is great baseball and, to these eyes, the best biopic of the sport ever made.  Fans might quickly jump to The Pride of the Yankees (1942, Wood) a film that, at every turn, tries to avoid baseball as much as possible.  Never for a second do I believe Lou Gehrig as a cornpone Mr. Deeds clone as Gary Cooper portrays him.  He talks about his love for the game the same way he does his love for his mother—in a way that reeks of Americana clichés but has no appreciation for the sport itself (the film rarely shows on-field action except in redundant montages).  Instead, the film concentrates on the marriage of the Gehrigs, reducing his story to that of a nice guy who gets very sick who happened to wear a Yankee uniform. 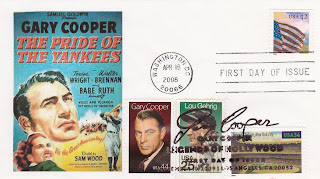 I have a knee-jerk revulsion of films that treat historical anecdote as drama (Argo being the most recent well-lauded example).  Just because something “happened” doesn’t mean it’s inherently dramatic.  Drama at its best is not just suspenseful proceedings; it should shine a window into the human condition.  Yes, the last 3 minutes of The Pride of the Yankees are moving, but that can't erase the 2 hours of tedium and sentimentality that precedes it.  The film never tells us why Gehrig was great; it just assumes as much and is content to tell us its sad story.  True, in 1942, the sting of his death (only 4 years earlier) was still fresh and no doubt informed the praise it got at the time.  But the ongoing devotion the film has now is perplexing to me, because it’s not particularly good drama and it’s not good baseball.  Plus, it suffers from what I call “Chungking Express syndrome”—when a film plays a single song so incessantly, you hope you never hear it again as long as you live (in this case, Irving Berlin’s otherwise lovely “Always”).

42 has baseball chops and can be forgiven its hokier moments by convincingly portraying why Robinson mattered.  More than anyone, all baseball history can be divided into pre-and post-Jackie eras.  He is the sport’s emotional and moral pivot point, and the film is successful in not making him a saint nor diminishing his very substantial contribution either.  The cast is uniformly fine, with Chadwick Boseman and Nicole Beharie acquitting themselves very well in the thankless roles of the Robinsons.  Lucas Black makes a touching Pee Wee Reese, and his simple act of comraderie with Robinson in front of a stadium full of his fellow southerners is even more powerful than I had imagined it to be when reading about it 35 years ago. 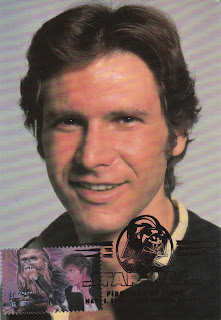 But the real surprises are against-type portraits by Alan Tudyek and Harrison Ford.  This is Ford’s first big excursion into character actor territory, and he’s quite good, immersing himself into the unlikely role of Brooklyn Dodgers owner Branch Rickey, conveying both his practical savvy and passionate sensibility when it came to changing a game that he loved too much to see compromised by racism.  It would have been easy for the film to opaquely suggest the myriad of ways that Robinson was taunted and vilified by fans and players alike, but the showdown with Tudyek’s Ben Chapman (Philadelphia Phillies manager) pulls absolutely no punches.  It’s a horrifying, virulent scene of verbal abuse, painful to watch, especially when you remember that in baseball, you step up to the plate hundreds of times in a season.  Up until then, it’s a well-done but fairly standard film, but that scene conveys the emotional stakes of the story in stark relief, and the emotional toll it took on Robinson in a very real, unrelenting way.

Of course, this isn’t the first film about Robinson.  The Jackie Robinson Story (Green, 1950) told it previously, with Robinson himself in the lead.  It’s a low-budget affair, more thematically on-the-nose, leapfrogging from one incident to another, but it covers some territory 42 doesn’t (especially with his minor league vs. major league career) and is worth seeking out, if only for the curiosity factor of seeing a biopic with its star also its subject.  But 42 is more visceral, and more appreciative of the larger historical context conveyed.

Because ultimately, 42 is not just a biopic about Robinson.  It’s a treatise on the sport itself, and the change one person can make.  I’ve never been to the MLB Hall of Fame, though I hope to one day.  But I have been to the Negro League Hall of Fame in Kansas City, and I found it a beautiful experience, in the memorializing of a separate, unequal institution and the personalities who excelled in it because they loved the game.  I have a hard time believing Cooperstown will be as moving.
When I was married, I had a falling away from baseball.  She had been a sports widow in her previous marriage, and there were some things that mattered more to me than indulging in a game, no matter how good-natured she might be about it.  I wanted her happy.  But now that I’m alone, I find myself back at the park again, when my Padres play the Giants.  I have no idea who any of the players are these days, and I don’t follow the standings or the careers the way I used to.  But I still love watching a game—its mechanics and its poetry.  It’s something I didn’t realize I’d missed so much.  And 42 came at the perfect time to remind me of that affection.

This is flagged with a Bad Postmark label because you'll notice that the card at the top doesn't have one at all!  When the USPS issues a new stamp, you can either have a First-Day-of-Issue premade cover sent to you (a mass-produced envelope, typically), or you can create something yourself and send it in to have it hand-stamped--my M.O.  However, these two are often at completely different addresses!  So with the Take Me Out to the Ballgame issue (Scott #4341), I had the card ready to go, but sent it to the wrong Postmaster--so they sent everything back to me umarked.  By then, the deadline to resubmit them to the right location had passed, so now I have a lot of baseball postcards like the Ebbets Field card, waiting for another chance (and another stamp) but otherwise pristine and idle.