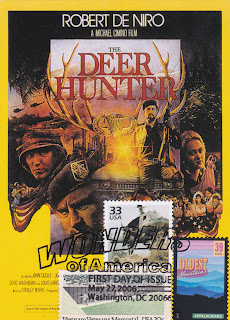 I was 8 when Michael Cimino’s The Deer Hunter came out 30 years ago, so too young to appreciate the cinematic division that year between the two major Vietnam movies, the other being Coming Home (Ashby). I don’t remember my family ever discussing Vietnam once when I was growing up, though given my dad’s conservative bent, I think it’s safe to assume where he stood on the conflict.

But these two films were my first exposure to the war. And while it’s easy to see what the fuss was about politically, it’s also bewildering to understand the critical love for the two. Hunter grounds itself in realism and community in the heartfelt extended wedding setpiece at the beginning, but feels compelled to lay on the barbarism and contrivance absurdly thick once the friends are reunited by the Viet Cong. Coming Home wants to make itself an updated version of The Best Years of Our Lives, but lets the love story and liberal self-loathing overwhelm any complexity with predictable and schematic character arcs. There are powerful supporting performances in both, and perhaps even some valuable lessons, but each would’ve benefited from far less of a heavy hand.

The best Vietnam film that year is also the least well-known, for Go Tell the Spartans (Post) doesn’t have an axe to grind or a soapbox to stand on, but its portrayal of conflicting loyalties and absurd demands on an Army base ring true emotionally, while staying committed to the idea that smart, capable soldiers are often the most primed to have their dedication evolve into disillusionment. It’s a terrific film. 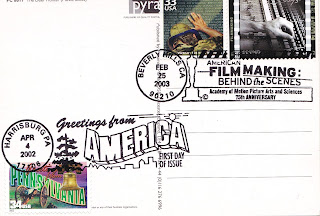 Posted by The Filmatelist at 4:51 PM No comments: