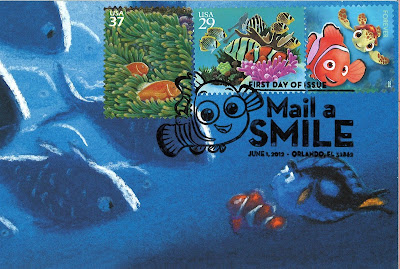 It certainly resides outside of popular opinion, but I liked Pixar’s latest, Finding Dory (Stanton/MacLane) much more than I did Finding Nemo.  I think that certainly has to do in part with how much I didn’t like the original, though the sequel brought some new insights into much sharper relief for me.  I remember my first impression about Nemo was how loud a movie it was. Headache-inducing loud. For a medium that conducts sound faster than air, it seems everyone still has to yell underwater.  Because everyone in Nemo yells.  A lot. I don’t remember modern submarine movies like U-571 or The Hunt for Red October being so loud, because while they may have huge explosions like Nemo does, they don’t have fish that shout constantly.
But watching Dory, I realized that the thing I really didn’t like about Nemo was Marlin.  In fact, all the parts of the first movie with “Sharkbait” and his aquarium comrades are a lot of fun.  And this has nothing to do with Albert Brooks, who is a terrific comedian and has been one of the best voiceover contributors to The Simpsons over the years (his Hank Scorpio is legendary).  I just couldn’t stand Marlin, just like I quickly grew to hate Harold Perrineau’s character (whose incessant cries of “Walt!” became a running joke for fans) on TV’s Lost.  Or how, as much as I love the actor Glenn Ford, I grew increasingly irritated with him in Vincente Minnelli’s film The Courtship of Eddie’s Father.
Now, I am not a parent.  And for reasons both social and biological, it’s almost a near certainty that I never will be one.  So I can’t relate to having kids and don’t presume to even come close to understanding the bond and attachment that grows out of raising and loving and nurturing children.  To whatever extent I can project or conjure those kinds of emotions, I also know they are almost certainly a pale shadow of the real thing.
So I don’t know what it’s like to be responsible for another human life like that.  But I do know what it’s like to live with parents who are overly-protective, highly reactive, incredibly judgmental, and obsessive glass-is-always-half-empty worriers.  This is not something I feel I can complain about, because it was always completely motivated by love, for which I’m deeply grateful.  But it is still also why I couldn’t wait to leave home and why I’m rarely nostalgic about anything in my childhood, because it was usually defined by things I couldn’t or shouldn’t do. 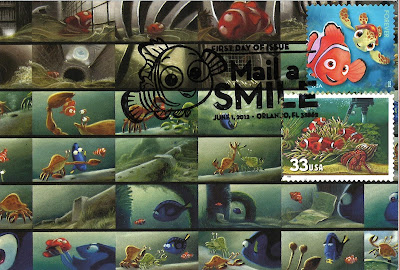 So I have a visceral reaction to Marlin which may be disproportionate but is still very real to me.  A lot of other parents I’ve known had one Marlin and one Dory—one person who was the practical, grounded, slightly fussy one while the other was the more fanciful, adventurous, slightly scattered one.  They would balance each other out and that’s why Dory is the best thing about Nemo and the corrective figure that Marlin badly needs.
Furthermore, I could identify with Finding Dory in a way I couldn’t with Nemo because it is a tale of misfits and outsiders: Hank the septopus (a sly shoutout to Loren Bouchard’s Home Movies), Destiny the whale shark and Bailey the beluga are all welcome additions to the maritime version of the Island of Misfit Toys.  They’re characterizations that are funny and touching, as are Dory’s parents, who worry but trust and empower, not smother.  And of course, Dory is at the center, a jewel among Pixar’s stellar assortment of wonderful characters, largely due to Ellen DeGeneres’s phenomenal performances across both films.  I’ve seen Nemo several times since (TV mercifully has a volume button) but I already know that Dory is one I’ll be revisiting even more.  I loved it.
Which is what makes the USPS issues of Pixar stamps a few years back even more frustrating since Dory was one of the few compelling female characters in the first 15 years of Pixar features, but she (and other women ) were slighted in what was already a highly boy-oriented landscape. 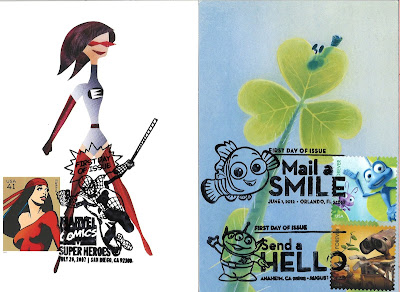 Here is the breakdown of boy vs girl characters depicted on the 10 Pixar stamps:
M: Bullseye, Buzz Lightyear, Carl Frederickson, Dash, Dug, Flik, Lightning McQueen, Linguini, Mater, Mike Wazowski, Mr. Incredible, Nemo, Remy, Squirt, Sulley, Wall-E, Woody (17)
F: Boo, Dot, Jessie (3)
Ouch.  No Dory, no Eva, no Elastigirl.  Heck, Bonnie Hunt has provided character voices in 3 different Pixar franchises and none of her incarnations are referenced either.  Up doesn’t have any women at all (who survive the opening montage) and Cars and Ratatouille both have single token females.  And the other features from that era aren't much better (A Bug's Life having the best assortment, via Hunt, Julia Louis-Dreyfus, Madeline Kahn, Phyllis Diller, and others). 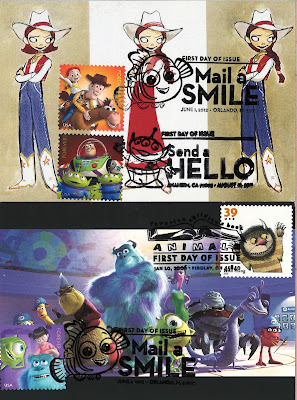 The studio has gotten better with Brave and the exceptional Inside Out, both of which were made after the USPS stamp issue.  But the omissions still feel glaring and another release that includes Merida and Hope & Sadness along with those already MIA would be most welcome. 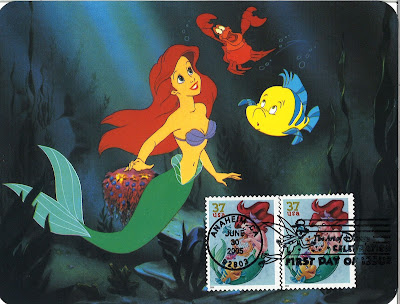 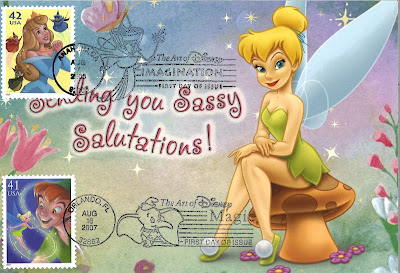 So not great, but far better than a 1:6 ratio.  So why not another issue from Disney too, with Anna & Elsa, Lilo, Miss Bianca, Mulan, Pocahontas, Rapunzel, Tiana, and Vanellope von Schweetz to level the playing field a little?  Seems fair to me. 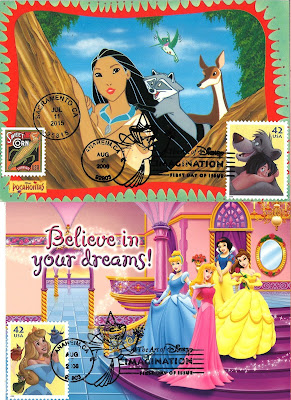 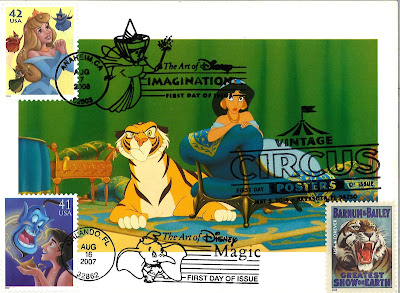 Posted by The Filmatelist at 12:05 PM No comments: