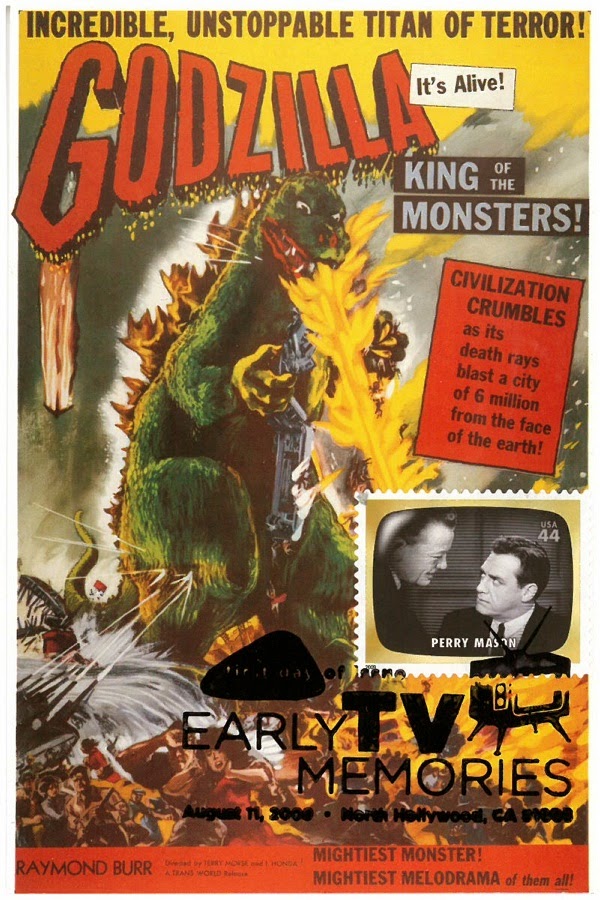 It’s been a tough summer for cinematic San Francisco.  Last month, the post-apocalyptic wasteland of SF served as a battleground for Man vs. Monkey in Dawn of the Planet of the Apes.  Before that, a trio of horrific monsters laid waste to my City by the Bay in the recent reboot of Godzilla.  Not since Jeanette McDonald warbled her way through the devastation of the 1906 earthquake has the city taken such a pummeling on celluloid in one year.

I’ll admit I had fun in both films—neither was superb but the production values were high, the casts were game, and the silliness was within acceptable limits for these genre tentpole endeavors.  But between both, there was only one moment that really struck me as arresting and even, perhaps, magical.

To provide a little context: I am not an adrenaline junkie.  I don’t really participate in extreme sports, ride wild rollercoasters, or do high-octane adventure travels.  I love taking my time, enjoying the scenery.  I’m a walker, not a runner.  Heck, I don’t even know how to ride a bike.  But one thing I have done is jumped out of a plane.

It was my bachelor party, 15 years ago.  Instead of the typical bar crawl/strip joint routine, I wanted to go skydiving.  Not a tandem jump.  Not a static line.  A full free fall, where I pull the chute myself, land myself.  So that’s what we did.  We had to train for hours on what were essentially three procedures: (1) Jumping, (2) Pulling the chute, (3) Pulling the emergency chute if #2 didn’t go so well.  In fact, by the time our training was done, the winds were too high and we (the two groomsmen and myself) had to come back the next morning to jump.

And that’s what we did.  We each went one at a time, so the other two could be waiting on the ground when one landed.  I jumped first.  The hours of learning the same routine over and over was smart, because by the time you were standing at the plane's doorway, you were thinking about the steps you had to do and not about being thousands of feet above the ground.  The rule was that you jumped with two experienced skydivers, so while you weren’t attached in any way, they could keep an eye on you in your descent.

Similarly, there was a routine as you were falling to earth: Check your altimeter (to track your fall), check the horizon (for orientation), check in with each of your spotters (thumbs up sign).  Rinse, repeat.  Over and over.  The thing you discover very quickly is that it is very, very windy and very loud from the wind as you fall.  And the Earth is so far removed so far below, it almost seems abstract.  It’s unreal.  So while you’re conscious that it’s gradually getting closer, it doesn’t really feel like you’re falling.  You feel suspended in a way.  But you have your routine (rinse, repeat) so you don’t have much time to wrap your head around the unnatural particulars of your situation.  You just have one job: Land.

And then, at the right altitude, you pull the chute and you get this massive jerk and then you’re not suspended anymore, but you are floating.  You feel gravity more because of the harness you’re in, and you start adjusting to the handles that control your directions.  Your spotters kept falling so you are by yourself in the sky.  That’s when you can start enjoying the view and getting your bearings.  Those first moments are the most tranquil and beautiful.

Eventually, the spotter (who has now landed) checks in with you on the one-way radio in your helmet to start spotting you again, giving suggestions so you can best hit the landing zone.  Each descent is different, but mine consisted of a large circle that spiraled into tighter and tighter rotations until I was heading straight for the target.  Then, right before you touchdown, you pull the handles down hard, giving you one final gentle little air bubble in the chute, so you don’t land quite so hard.  Then, when you’re on the ground, you run to gather your chute so the wind doesn’t blow it (and you) farther afield.

It was awesome.  Not just the sensation of it, but knowing that I did it all myself.  I've focused on the mechanics of the jump because the truly amazing aspects really are impossible for me to describe.  I’ve never experienced anything like it, and though I haven’t done it again since (mostly because of cost), I would again in a heartbeat.

So there’s this scene towards the end of Godzilla where a dozen paratroopers (each holding a red smoke flare) jump over San Francisco, enshrouded with fog and smoke from the monster battle below.  And the camera follows Aaron Taylor-Johnson’s descent, with the only sound his breathing and the only music Ligeti’s haunting Requiem (made famous by Kubrick’s 2001).  In a movie full of noise and bombast, it’s a moment that borders on the spiritual as these falling angels dive straight into hell.  Remarkable. 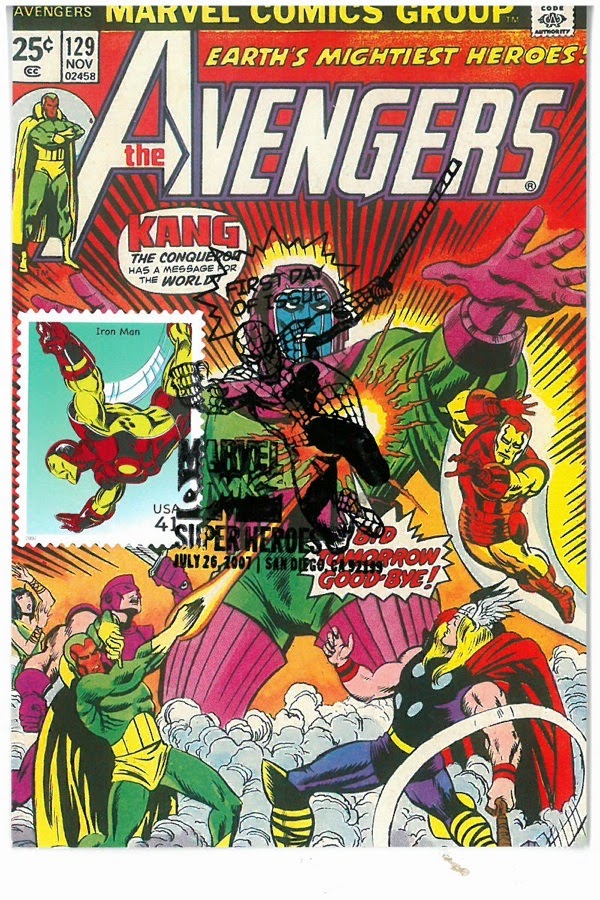 The best part of Iron Man 3 was the harrowing barrel-of-monkeys rescue scene as a dozen Air Force One passengers plummet to earth.  My favorite part of the J.J. Abrams 2009 Star Trek reboot was the space jump.  In short, I’m a sucker for skydiving in the movies, even when the movie (Terminal Velocity, Moonraker, Point Break) isn’t very good.  Because it always makes me remember that day.

Raymond Burr was featured in the US release of the original Godzilla (1956, Honda/Morse).  Perry Mason premiered a year later.  The USPS Scott # for the stamp of that TV show is 4414n.  The Iron Man stamp is Scott #4159h
Posted by The Filmatelist at 1:27 PM No comments: