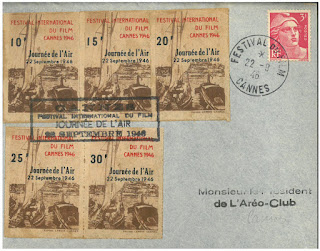 When people (quickly) discover what a big cinephile I am, the question I get the most often (besides “What’s your favorite movie?”) is “Have you been to Sundance?”  And they’re invariably surprised when I tell them No.  After all, isn’t that what cinephiles do?  Isn’t Cannes our Mecca?  But honestly, I’m not interested in going and never really have been.  The newest incarnation of this query is the Turner Classic Movies Festival every spring.  I’m a regular on #TCMParty, have met dozens of fabulous film fans from around the US on that hashtag, and even am lucky enough to have TCM follow me on Twitter.  But I’m guessing I’ll probably never go to that, either.

This year will be my seventh working for the Mill Valley Film Festival.  But long before that, I’ve been going to local film festivals, most notably The San Francisco International Film Festival.  So I love the energy film fans bring to a screening.  I'm excited by the marathon days, the triangulation of schedules across multiple venues, the bustling from one show to the next.  In particular, I love that festivals are usually the only place you can see short films projected, which I consumed voraciously long before it became my job to program them.

But destination film festivals have held little appeal to me.  As much as I love travel and movies, they’ve very rarely overlapped in my life.  When I’m somewhere new, foreign, different, I want to explore the landscape, not hole up in a theater.  I’ve seen movies in England and Ecuador when I was living there, and once in Thailand because the humidity was so oppressive, it was the easiest way to cool off (it was one of the Bourne films), but otherwise, my travels meant seeing parks and museums and centers of culture and history, never movies.  And that’s what it’d be like if I was in the south of France or Park City, too. 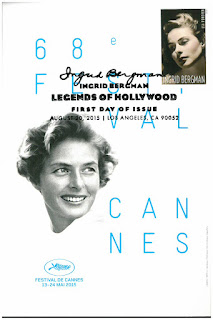 Some of it is also the cost.  Festivals can be expensive on their own, let alone the additional price tag of planes, hotels, food, etc.  The one festival I have been to outside the Bay Area was SXSW, and that was because I’d visited Austin already and my all-access badge was paid for.  But everything else on that trip still made a huge dent on my wallet.  It was undeniably fun, but not something I had any wish to make a habit of.  And that’s why I can’t see myself spending money to stay in LA for a week for TCM, no matter how great the crowd, the guest list or the program schedule might be.

There are lots of different types of festival patrons, too.  Some love to see the big stars, the legends or masters or household names.  Some people are drawn to the First Look appeal—the chance to see a film weeks or months before anyone else.  Festivals count on that kind of star-power draw and name recognition, and I totally get that.  But that’s not what draws me.  I love festivals for the chance to see films I’ll never see anywhere else, arthouse or otherwise.  Guests are great and Q&As can often be illuminating and memorable, but that’s not the reason I go.

And that’s why, given a choice, I’d always prefer SFIFF over TCM (whose schedules overlap annually).  Because I live in the Bay Area, there’s no shortage of classic films available on the big screen here.  Here’s a list of all the films that screened in June in a theater within 40 minutes of me that were made at least 40 years ago:

And that's not even including the SF Silent Film Festival, which featured 16 features--including films by Ozu, Clair, Lang, Lubitsch, Fleming, Micheaux, and Wellman's Beggars of Life, starring Louise Brooks--and even more shorts. 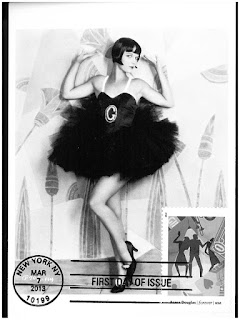 TCM fans are drawn to their festival by the opportunity to see those classic films on the big screen (many of which I already have), by the stars, the interviews, and the camaraderie.  And I don't doubt for a second that I would have a lot of fun in their company.

But there are far more things I would feel I missed out on by not attending SFIFF--new foreign treasures, innovative docs, experimental shorts I'll never see anywhere else.  Every month is like a TCM festival living here in the Bay Area anyway--beautiful Art Deco houses, or film archive theaters, or dungeon-like screening rooms specializing in 16mm arcana--so I save my pennies (or rather, maximize their cinematic heft) by staying put.  There are still a lot of places in the world I want to visit.  But movies have very little to do with any of them.  Which suits me fine.

The Ingrid Bergman stamp is Scott # 5012 .  The stamp of Aaron Douglas's painting The Prodigal Son (Scott # 4748g) is part of the "Modern Art in America" series.


Posted by The Filmatelist at 6:26 PM No comments: