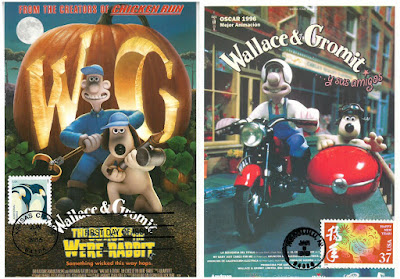 With 17 features and 60 shorts screened, this was definitely the most productive SFIFF I’d ever attended.  The POV award to Aardman Animation (with guest Peter Lord) accounted for 1/3 of that short tally, with an impressive survey of the studio’s output since its inception 40 years ago.  While Wallace & Gromit and Shaun the Sheep are the most famous franchises they’ve created, this fantastic collection they screened covered not only their familiar stop-motion style but some really wonderful cel and CG creative efforts, too.

The short collections have always been my favorite part of SFIFF and this year had some very strong programs, including two shorts in particular that really blew me away.  Brouillard #14 is an experimental film that used in-camera double exposures of the same nature path traveled over and over again to yield a phenomenal explosion of color, creating a throbbing pointillism effect that evoked both the density and illusory quality of memory in a way I’d never seen before.  And Night without Distance used simple film negative imagery to create an extraordinary other-worldly effect as men with guns posted as silent sentries in a remote landscape.  It was a short that was beautiful, tense, immersive, subtle, sometimes disorienting, and endlessly fascinating.  I can’t imagine either of these remotely having the same effect as a Vimeo link so keep your eye out on the festival circuit in case they screen anywhere near you.

As for the features, it’s always interesting to see what kinds of trends and motifs recur across various titles quite inadvertently (since what I see is often based as much on geography and scheduling as it is on my specific interests).  So here are some thematic trios that emerged:

Deconstructing masculine tropes in slyly humorous fashion was the main order of business in the Greek Chevalier and South Korean Right Now, Wrong Then.  In the former, from Athina Rachel Tsangari (who was also part of a fun Q&A), a small pleasure cruise turns into the S.S. Oneupsman ship as a group of men try to determine who’s the Best among them by contriving more absurd and arbitrary contests to compete in.  In Hong Sang-soo’s latest, two parallel stories follow a hapless film director as he courts the same woman to very different effect as we’re reminded that love and chemistry often rely on the most unlikely variables and not on us putting our best feet forward.  By contrast, the man-child of the Spanish The Apostate has his own problems he hasn’t sorted out, but while the lead (Alvaro Ogalla, another SFIFF attendee) is fun, his religious change-of-heart is so low-stakes and frustratingly flimsy that it was hard for me to care if any of his issues are resolved.

In opposition to this were some exceptional and unnerving films with women forced to confront some internal and external demons.  To call Under the Shadow an Iranian Babadook is no slight, since it’s still very scary and nerve-wrecking as a mother and child during the Iran-Iraq war confront a phantom that’s born not from an emotional trauma but a political one.  The Swedish Granny’s Dancing on the Table is a dark tale of a young girl using her family history (rendered to wonderful effect by rough-hewn stop-motion animation) and her own resourcefulness to survive her single father’s brutal oppressiveness in the wilderness.  As for the German Wild, my favorite feature of the festival, a young office worker’s obsession with a wolf devolves into a full feral transformation (or actualization).  Call it a lupine Repulsion or 50 Shades of White Fang, but it’s riveting, uncompromising storytelling.

In addition to Granny, animation is also used to clever effect in Penny Lane’s bizarre biopic NUTS!, the story of an early 20th-century media pioneer and medical quack who builds a very unlikely empire.  A simple animation style is used to do most of the dramatic heavy-lifting (in historical reenactments) and while the film mines the absurdity of this man’s life well, a third-act inversion is as inevitable as it is tonally unsatisfying.  Better is Lewis Klahr’s dizzying evocation of the 60s in Sixty Six, where he uses collage animation, including cut-outs from period comic books (like those pictured below) to convey his own strange mythologies, melancholy memories, and affectionate paeans to the period and pop culture.  Very personal, sometimes even impenetrably so, but unquestionably vivid and unique. 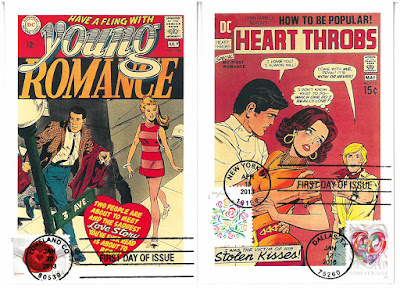 Sixty Six was not the only feature to take liberties with traditional narrative structure.  Otar Iosseliani’s Winter Song is a loose and limber free association piece about an assortment of Parisians whose paths cross in countless variations, all with playful anarchic panache.  Famed cinematographer Chris Doyle’s Hong Kong Trilogy: Preschooled Preoccupied Preposterous doesn’t work as well.  Despite being resolutely affectionate to the different generations of the city, it often feels too eager to please and the sober political shadow of the protests that serve as a hub of the action jars with the whimsy that often feels forced.

In addition to NUTS!, there were a couple other films I saw that had medical concerns as their focus.  The deeply compassionate Czech Home Care chronicles a nurse who is diagnosed with cancer and must confront her own mortality as she explores alternative solutions to her condition.  This was also the most lively Q&A I attended, with director Slavek Horak, equipped with plum brandy, giving a shot to each audience member who asked him a question.  But even more thoughtful was the documentary Haveababy, which approaches a fertility clinic’s lottery with objective ambivalence as assorted “contestants” vie for the opportunity to create a family, with results both happy and heart-breaking.

And no SFIFF would be complete without the archival screenings.  New to me was Cast  a Dark Shadow (Gilbert, 1955), with the irrepressibly sleazy gold-digger Dirk Bogarde biting off more than he can chew when his wife-killing M.O. locks horns with some very uncooperative women in his orbit.  The 20th Anniversary of The Watermelon Woman (a film I hadn’t seen since its original release) was an occasion to revisit this landmark indie film about identity politics and see how much in the film industry hasn’t changed when it comes to inclusion and ready acceptance.  The deft meta-language of its reframing of film history is now fairly commonplace while black lesbian representation is still sadly outside the mainstream’s comfort level.  Kudos to director Cheryl Dunye for an enlightening Q&A.  And to round things out was the dense discord of Mercury Rev & Simon Raymonde who treated Dreyer’s classic Vampyr (1932) like a silent film in their musical accompaniment, giving it a whole new dimension of creepy.

But the archival highlight was Nick Park’s (1993), still one of the greatest animated films ever made and a film I dearly love but hadn’t seen on the big screen since it first came out.  It’s a wonderful heist film with one of the greatest silent nemesis ever portrayed, the stoic, sinister penguin, which is why I added the penguin stamp to the Wallace & Gromit card above (even though he doesn’t appear in their Oscar-winning feature film).  The short also features a few stamps itself, when Gromit sifts through the mail and opens his birthday card. 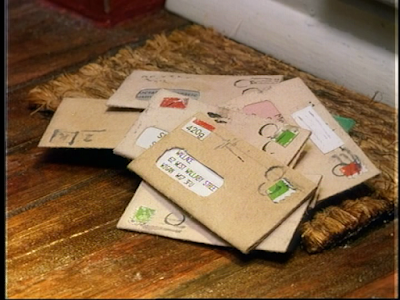 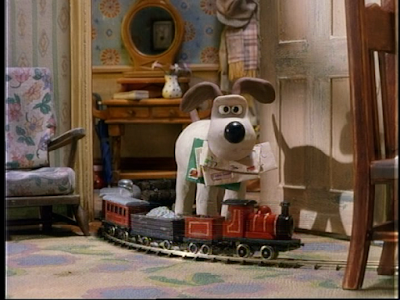 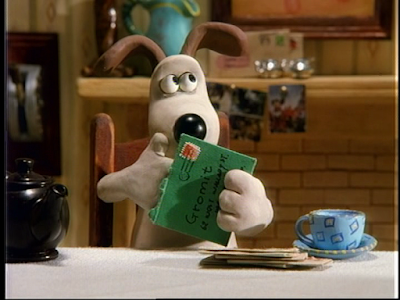 The train, of course, foreshadows one of the great film chases in the climax and sharp-eyed Aardman fans will recognize the puma from Creature Comforts on display in the museum (a set that I once saw on display in the National Media Museum in Branford, UK).


The Scott #s for the stamps pictured:

Posted by The Filmatelist at 6:19 PM No comments: