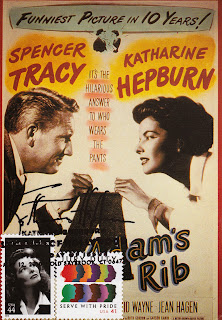 She said we didn’t argue enough, and perhaps she was right.  We were best friends, and it was hard to stay mad at each other for long.  I can hardly remember a time when we let the sun go down on our anger.  As it probably should be.  But it also meant that things that needed to be talked about, weren’t.  They were perpetually shelved in the wake of our love and good feeling in each other’s company, left to be addressed (or not) for another day.

I don’t tell people when my birthday is.  It’s a date, a milestone that’s generally meaningless to me.  My age is a number that holds no real relationship to how I look or feel.  So I couldn’t care less about it.  At my last job, everyone would celebrate each birthday in our department, and after a few years, they noticed they never celebrated mine, so I told them that if they wanted to celebrate a date, then choose my wedding anniversary.  Because that was a date that held real value for me.  They never did.

It would’ve been 14 years today.  But now, it’s just a date like any other—one with plenty of memories and associations, but nobody with whom to share them.  Everyone thought we were a good couple, but what we actually were was a good team.  Our strengths played off each other well, and helped cover the things the other wasn’t so good at.  We started as colleagues, then quickly friends.  Before we were even a couple, she was the best friend I’d ever had.  Nobody understood me better, looked out for me more.  But a good couple has not just light, but heat.  Friction and frission.

Adam’s Rib (Cukor, 1949) is probably the most celebrated pairing of Katharine Hepburn and Spencer Tracy.  It is about a married couple, both lawyers, who take opposing sides in a domestic violence case, highlighting and amplifying the hypocrisies and complications of gender roles and expectations in a marriage.  It was written by a married couple (Garson Kanin & Ruth Gordon) and Hepburn & Tracy’s ongoing love affair is one of the most venerated of the classical Hollywood era.  So the anxieties and nuances of being a couple are in the film’s DNA.

And there is a lot of arguing in Adam’s Rib.  Arguments in the courtroom and the bedroom—never cruel but very pointed.  The most dangerous thing about being a couple is that the other person knows you too well—your vulnerabilities and vanities, your soft spots and triggers.  We don’t like to be reminded of our flaws, our shortcomings, and nobody knows either better than the person we choose to spend the rest of our lives with.  But ironically, the things that flare our tempers also flame our desires--we may be humbled sometimes, but it often comes with a subcurrent of hot agitation.

Last spring’s Before Midnight is saturated in this state of marital tension.  While the first film in the Linklater/Hawke/Delpy trilogy, Before Sunrise, was about love’s possibilities and the second, Before Sunset, about love’s resonance, this third installment is about love’s consequences.  Choices.  Children.  Compromises.  We’ve never seen Jesse & Celine so at odds with each other, but never as sexual with each other, either.  Fighting and fucking are the yin & yang of their partnership, the way to build and release emotions that run deep, and a way to remind each other that passionate defenses and passionate rebuttals speak to passionate feelings that still rise to the surface and overflow.  It’s not my favorite film of the series, but it is the one that speaks the closest to me—of all the little details and dynamics I can relate to, and those I wish I could say I do after being married a decade, but can’t. 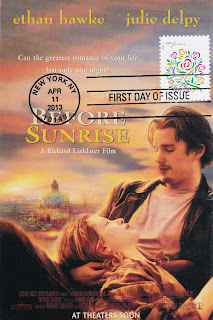 You can’t have great make-up sex if you never have a falling out.  Acceptance evolves into complacency, and a close affinity can slowly degrade and fester if it’s not challenged or fueled by disagreement.  We never really fought.  It wasn’t our style.  We had been friends for far too long and never tired of each other’s company.  Perhaps we were too eager to accept, too quick to forgive, too reluctant to provoke.  But an electric blanket is different than a roaring fire.  One is dependable and cozy while the other needs more watching and greater attention, but can accomplish so much more, even if it does involve frequent licking of one's wounds.  To be a good couple, there needs to be a balance between the two sets of qualities--compatibility and chemistry-- and a sense of direction, growth.  Otherwise, you’re just roommates with responsibilities and a shared romantic history—real enough, authentic and loving, but rudderless, and a shadow of what could be.

I can’t speak for her.  All I know is that I was very happy in the restless way you get when you don’t know what happiness really feels like.  If we had fought more, we might’ve discovered this sooner and done something about it, for better or worse.  And while things happen for a reason, she deserved a better ending.  On that point, I'll always be guilty.  But Agape is not Eros, no matter how hard you wish it to be.  And when it came to Love, we were speaking different languages, so assured in our understanding of each other to notice any disconnect. 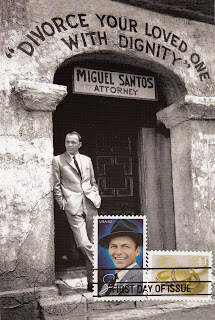