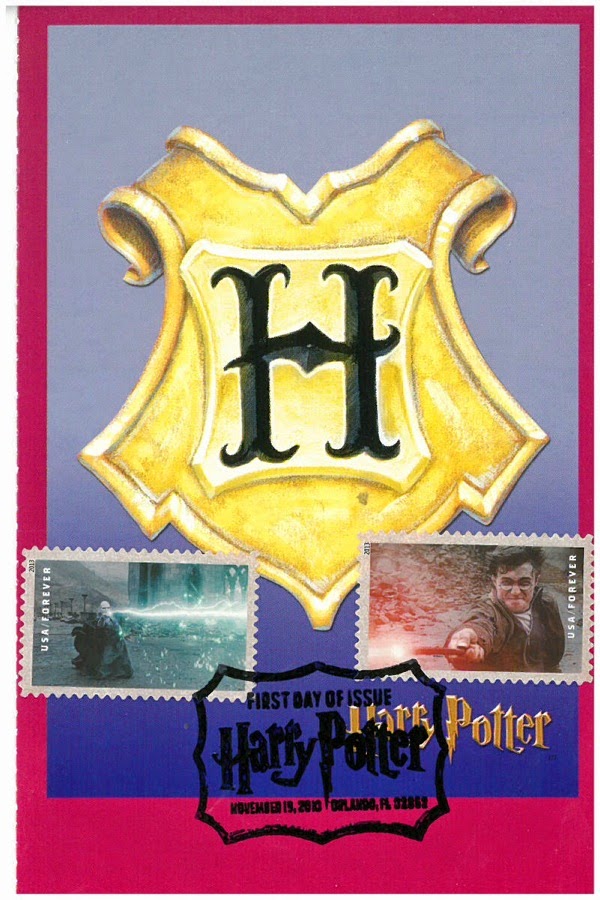 My name is Sterling and I am a Muggle.

Now in the Harry Potter films, this is not a particularly good thing. For while it's true that Harry defends the magical world against Voldemort and his pathological hatred of muggles and their mixed-breed offspring Mudbloods, muggles themselves don't come off too well in the movies. Most are just anonymous passers-by, oblivious to the central conflict at hand, but we never really get any insight into what the relationship between the magical realm and our realm is. We know that it is a secret, a veil of which needs to be maintained at all times. But as the worlds intersect more and more by installment six, The Half -Blood Prince, we never see what effect the destruction carried out in our world has on us muggles. The only concern is the safety of our magical heroes. For all the films are concerned, we might as well be living in the Matrix.

And while we hear of admirable muggles--Harry's mother and Hermione's parents, for example--we only get one genuine muggle characterization in the entire film series, the hateful, ignorant and cruel Dursleys, Harry's adopted parents. The world of Hogwarts is seen as an escape and validation for Harry, because the muggle world has nothing to offer him. They have unicorns and griffins, talking paintings and enchanted candy, and travel by levitation or teleportation. We use postage stamps. They use owls. 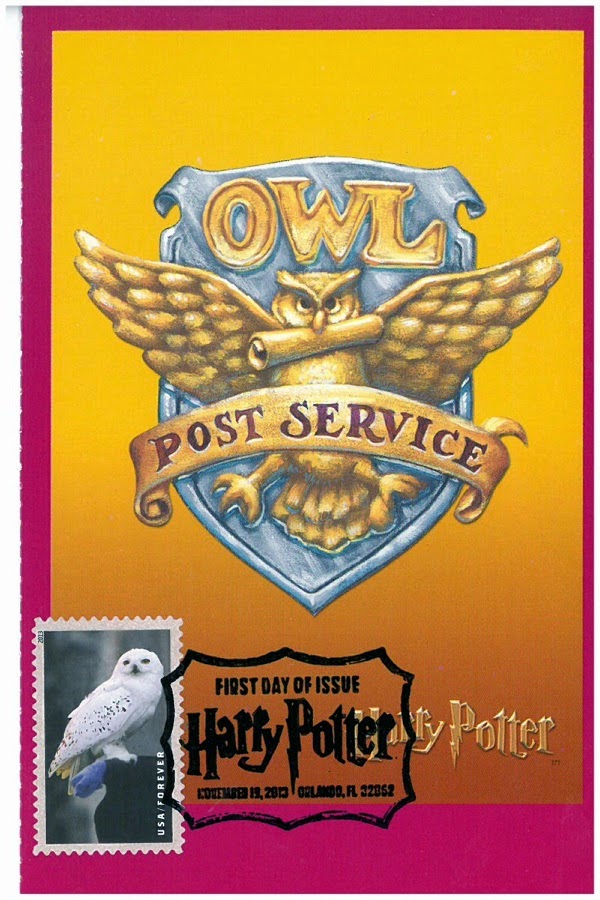 Being a muggle, I have not read the books. My familiarity with Harry's saga is defined (or confined) completely to the films. And while there's no question that the movies are gorgeously realized, another frustration I have with them is that all the attention to detail is committed to the appearance and atmosphere, while the story falls short for me, and that's largely because of its central villain, Voldemort.

Make no mistake, he's a sublime physical creation, embodied scarily by Ralph Fiennes in the final five films. He is grandiose, brandishing an air of theatricality while still looking like a cross between a corpse and a reptile. Bald, essentially noseless, with long spectral fingernails, he is grotesque but undeniably charismatic in his fluid motions and calm demeanor. He has an old-school sense of civility about him, masking a highly malignant spirit. He also has a sense of inevitability about himself, as if he knows he only has one destiny: to rule.

But to what end? He lusts for power, sure--he admits as much when we first meet him in The Sorcerer's Stone (as a growth on Professor Quirrell's head). And he has that platform on racial purity, ridding the magical world of muggle contamination. But then what? What are his designs on the muggle world? Except for one brief (and vague) intimation in The Deathly Hallows, part 1, no mention is made of what impact his rule will have on us. And even less is said about why he wants any of this in the first place.

The Harry Potter films are about choices--the choices Harry in particular makes and the impact they have on those around him. Whether to be compassionate or greedy, humble or vain, wise or impulsive. And much is made about how Voldemort and Harry are linked, not just thematically but literally connected, as if Harry might easily take the same path towards evil if he isn't careful. 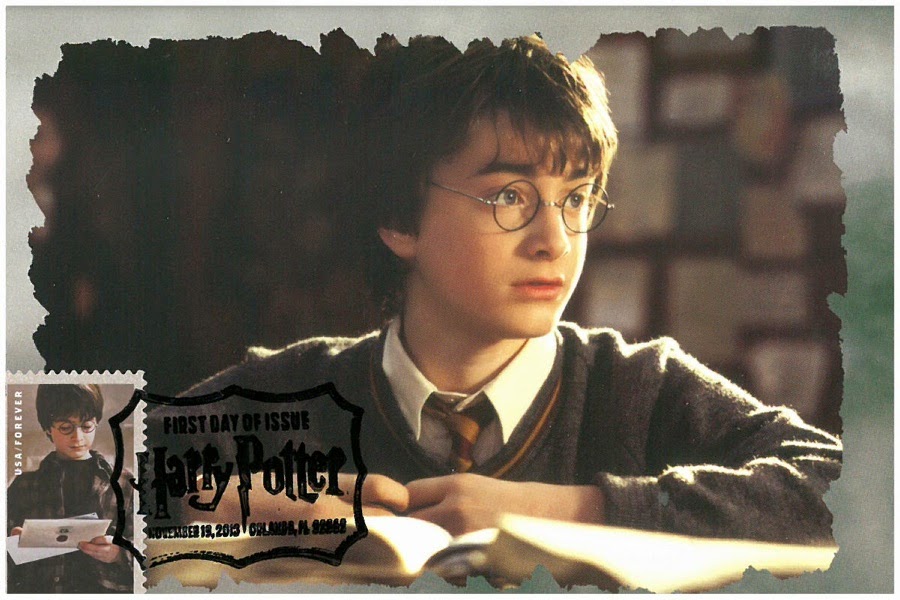 But we never witness Tom Riddle, Voldemort's birth name and incarnation as a boy we see throughout the films, at similar crossroads. He is not a product of his choices, because we never see him choose. He is creepy, deceptive, surly from the beginning. Why the obsession with dark magic? Why this hatred of muggles? Why the fear of death? As film after film passes, we learn more about what he did, but never why he is what he is.

So as a villain, this makes him an abstraction--less a menace and more a mere plot device, lacking real motivation. From the beginning, people in the magical world are loathe to even utter his name. But why? What are they afraid of exactly? We know he killed Harry's parents and some others while Harry was an infant, but how close was he to truly ascending to tyranny? What was the magical world's reaction to this threat? He Whose Name Must Not Be Mentioned invokes horrible things at first, but after a while, their fear and denial becomes more knee-jerk and less understandable, and while we still have characters afraid to utter it by film number 8, it seems like just an empty conceit by then. 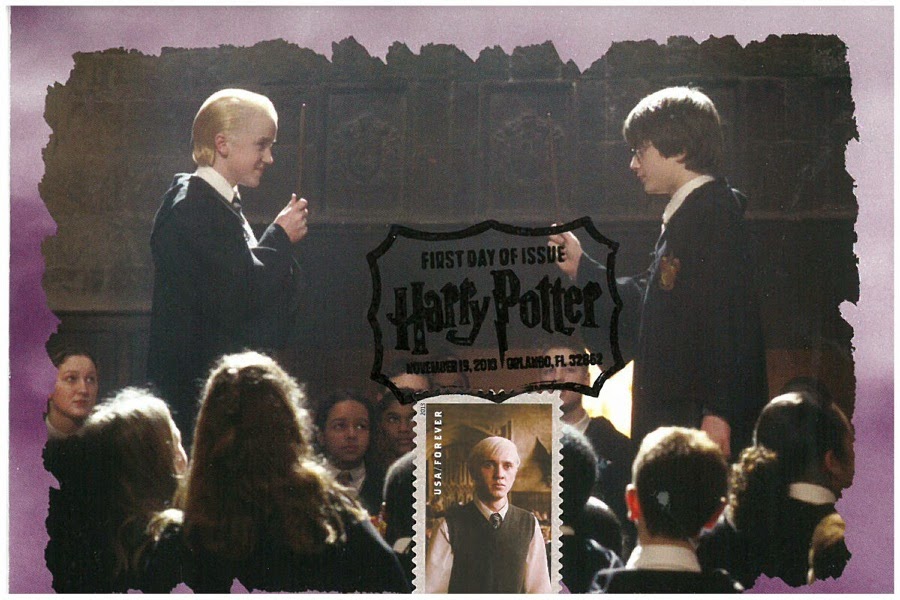 Even the Horcruxes, the objects to which Voldemort imparts parts of his soul to stave off mortality, had great promise if they actually spoke to his vulnerabilities, if they acted as metaphors for his character's weakness and fallibility. But they don't. There are just things, objects of personal significance, but aside from his diary (the first horcrux we're told about, in The Chamber of Secrets early in the series), none of them tell us anything more about him than we already knew. Their destruction represents a mechanical To Do list but has no larger character resonance.  Even the slight twist that Harry himself is a horcrux is admitted to just be an accident, and not part of Voldemort's design. In the end, Voldemort is defeated, evaporating into ash, remaining irritatingly one-dimensional.

But this is true of all the other villains, too. Draco Malfoy is an unrelenting bully and coward. His father, a slimy political animal. Bellatrix Lestrange is a psychotic. Peter Pettigrew, a blind sycophant. The one true villainous character who has depth, complexity, and fascinating contradictions is Severus Snape, who it turns out was never a villain at all! There are no conflicted bad guys like Gollum, no betrayals by good guys like Narnia's Edmund Pevensie. The good people stay good and the bad remain bad. Even the revelation Dumbledore might have had a more ignoble past only emerges after his death. Harry learns some valuable life lessons, makes some important choices, but it's largely in the framework of a black-and-white moral landscape. 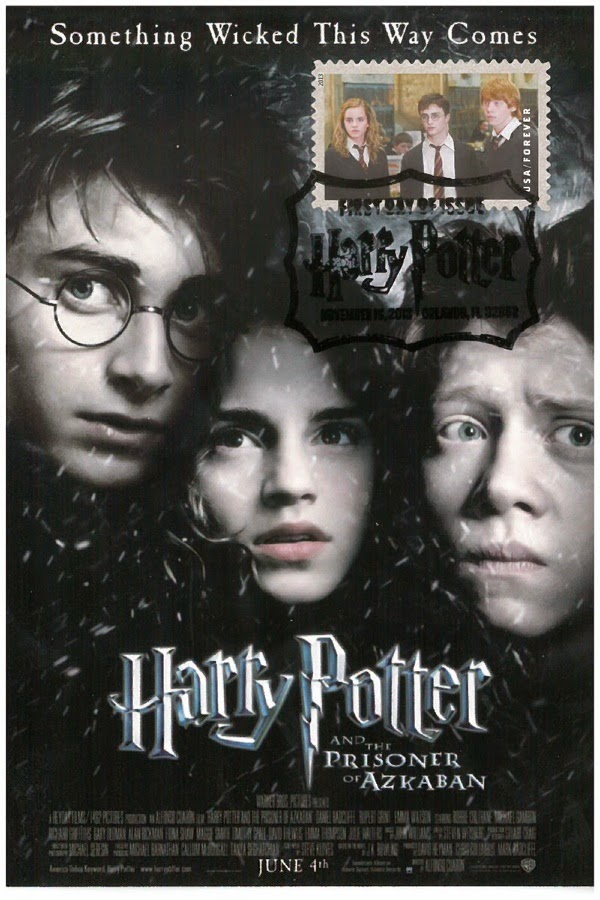 Which, to me, is boring. Perhaps why my favorite film of the series is the one where Voldemort never appears in any form: The Prisoner of Azkaban. It helps that, in Alfonso Cuaron, it has the best director in the series. But it's also cleverly structured as a mystery and time travel film (with its own playful paradoxes) and less a morality tale. And while it has another example of a villain who really isn't (Sirius Black), it also has a good guy who remains a genuine threat: Professor Lupin, whose uncontrollable werewolf alter-ego is the closest thing to an Id we see in any of the films. 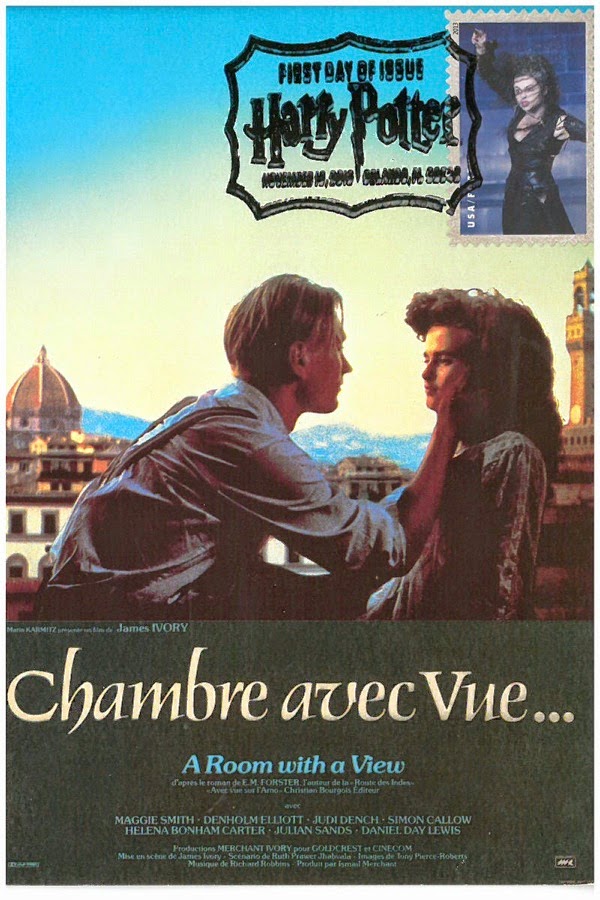 The Harry Potter stamps were a controversial choice when they were issued in 2013. Traditionally, USPS stamp subjects were American or at least iconic on a global level. You could argue the latter is true for the books and films, but usually time is the judge of that kind of legacy, and these stamps (British author, all British actors) so fresh off the success of the series appeared as a mercenary concession to popular entertainment. The Scott numbers for the stamps depicted: 4825 (Harry), 4830 (Hedwig), 4837 (Harry, Ron, Hermione), 4841 (Draco), 4842 (Harry w/wand), 4843 (Voldemort), and 4844 (Bellatrix). The last of these, of course, is on the one-sheet of James Ivory's A Room with a View (1986), which in addition to Helena Bonham Carter also featured Maggie Smith, who also got a Harry Potter stamp for playing Professor McGonagall.