It’s been a while since I discussed maximum cards, and while they don’t pop up often in my collecting, the recent X-men post reminded me that I should highlight a few that I’ve created since I last wrote about them.

I don’t typically collect art postcards, but when the abstract expressionist issue came out, I went to one of the few remaining postcard stores I know and found this painting of Robert Motherwell’s "Elegy to the Spanish Republic #34" (Scot #4444g).  This is a maximum card in its most traditional sense. 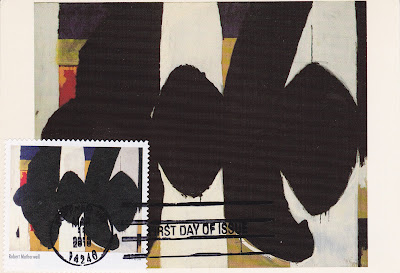 I will admit to never having seen a single episode of The Honeymooners (Scott #4414t), but I found a few postcards for the show on E-Bay, including this one, which has Jackie Gleason’s face virtually identical in both stamp and card.  If you look carefully, though, you can see Art Carney’s face is slightly different in the two photos.  Still, pretty darn close. 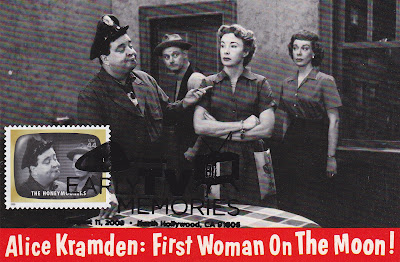 This profile of Bart Simpson (Scott #4401) also has a slightly different facial expression but given the matching background color, also comes very close as well. 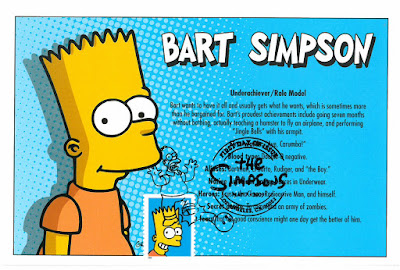 And of all 20 different Disney stamps issued between 2004 and 2008, this stamp from Lady and the Tramp (Scott #4028) most closely resembles any of the postcards I used for the First-Day-of-Issue postmark. 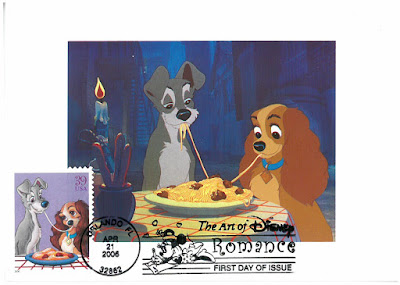 Posted by The Filmatelist at 6:02 AM No comments: