A Wing and a Slayer 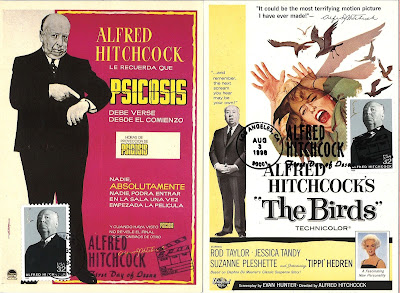 The scene is an Arizona hotel room and two lovers have just finished an afternoon tryst and are now engaged in a tense post-coital discussion, where she is tired of the secrecy in their relationship and he is preoccupied with his looming financial obligations.  As they slowly dress, they resolve to find a way to make it work.

Marion: “Oh Sam, let’s get married!”
[they kiss]
Sam: “Yeah.  And live with me in a storeroom behind a hardware store in Fairvale?  We’ll have lots of laughs.  Tell you what—when I send my ex-wife her alimony, you can lick the stamps.”
Marion: “I’ll lick the stamps.” 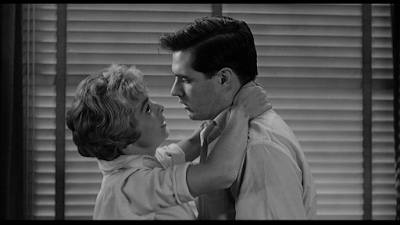 It’s the last time they’ll ever see each other.  And so begins the tale of Marion Crane and her fateful intersection with the now infamous Norman Bates.

Now, every cinephile has a special, highly personal list of films—films they understand as great, films whose importance they appreciate and whose influence on the art form and the culture is undeniable.  But films which they don’t like all that much.  Alfred Hitchcock’s 1960 Psycho is one of those films for me.  For I’ll readily admit that the film is remarkably made, and the vision of its director and the contributions of composer Bernard Herrmann, editor George Tomasini, opening credits maestro Saul Bass, and actors Anthony Perkins and Janet Leigh are all exemplary.  The evidence on the screen is without question and the status the film has in the horror genre and the classic film canon is well-deserved. 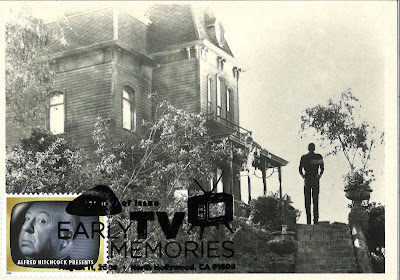 But the thing is, I just don’t find Psycho very scary or emotionally engaging.  It’s always been an academic exercise for me, whereas Hitch’s subsequent film, The Birds (1963) I find much more unnerving, provocative, subversive and terrifying.

I live in the Bay Area, where The Birds takes place (first in San Francisco, then north to Bodega Bay in Sonoma county).  My dad was born in Phoenix, where that lazy rendezvous occurs, and I’ve driven across the southwest several times, a route that Marion takes after stealing her employer’s money, so I feel like I have a personal connection to both landscapes depicted in the films.  Hitch always had a gift for setting, and each has an atmosphere that's very real and tangible, though very different.   But for me, it's in studying some of the deeper differences that perhaps best highlight why I prefer one so much more than the other.

Psycho rattles your cage but always keeps a certain moral polarity.  Marion may have made a poor decision (the theft) but is depicted as a fundamentally good and sympathetic person, as are beau Sam and sister Lila.  On the surface, Norman is meek and genial but ultimately, his murderous motives aren’t particularly complex: He is fundamentally disturbed, an Other with a mental schism that manifests in a tragic, divided self.  He lives outside civilization—first in a remote motel off the desert highway, and then in an institution for the insane, locked up and glibly reduced to a psychological diagnosis. 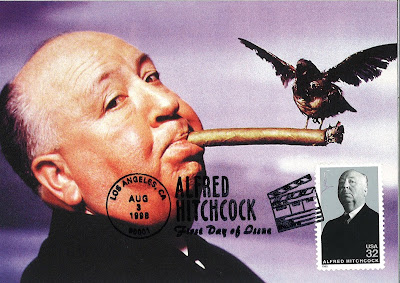 The Birds has greater complexities that get under your skin.  We first see Melanie (Tippi Hedren) and Mitch (Rod Taylor) flirting in a pet store off Union Square and they’re both attractive but a little off-putting.  It’s not a meet-cute.  The tension and chemistry crackle, and while we’re not sure which is more of a predator, both undeniably enjoy playing games.  And as the film continues, we watch them spar and tentatively feel each other out.  Of course, any romantic prospect goes unconsummated because by the time she’s tailed him to his home farther north, nature has started to rebel.  We don’t know why the birds attack; Hitchcock never explains it--though if you watch Melanie’s relationship with Mitch’s mother Lydia (Jessica Tandy), we’re given some clues.

But that all lives in the world of metaphor and symbolism.  In the meantime, the avian uprising takes its human toll, not in a few passers-by who check-in at the wrong establishment, but a full town under siege, with its population quickly devolving into panic and paranoia.  Psycho is about one unhinged individual well off the beaten path.  The Birds is about the end of the world.  Our world.  And while the shower scene in the former is a master class of cinematic construction, I know I would rather go that way than how poor Annie (Suzanne Pleshette) dies, being brutally pecked to death.  The most haunting shot in Psycho is that corkscrew camera move focusing on Marion’s lifeless eye, still fixed in a gaze of unbelieving horror.  It’s a tremendous, haunting moment.  But Farmer Fawcett in The Birds is the film’s first casualty and he has no eyes after the birds are done with him.  I find that far more nightmarish. 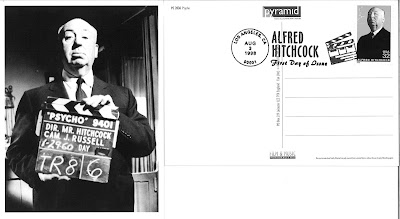 For me, the other thing I find frustrating about Psycho is that it peaks early, with that shower scene.  Everything after that for me is a slow decrescendo, an anti-climax.  We know the “twist” about Mother so there’s little sense of mystery building up to the mummified reveal, and while Anthony Perkins does a wonderful job in the role, Norman really is less a character and more the shell of a person co-opted by his dead mom long ago.  What we see of him is a front, a shadow of a victimized little boy, so when Marion dies, the most interesting person does, too.

But The Birds builds and builds and builds.  The schoolhouse.  The diner.  The sparrows through the chimney.  The gulls in the attic.  And just when you hope for a release valve, a return to normalcy, an explanation that sets things right, it never comes.  The birds have taken over.  Mitch and Melanie and the rest may depart their home, but they haven’t really escaped.  It’s one of Hitchcock’s darkest endings and certainly his most apocalyptic.  If the Earth ever wanted to fight back, we wouldn’t stand a chance.  For me, that’s an existential type of vulnerability far more resonant than being naked in the tub. 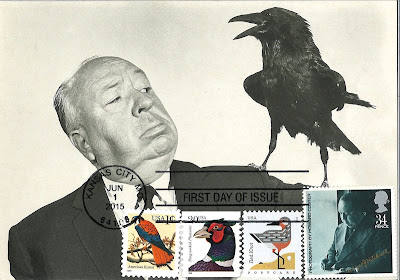 Hitchcock has always benefited from great composers over his career—most notably Herrmann but also Franz Waxman (Rebecca) and Miklos Rozsa (Spellbound), among others.  But The Birds has no score.  Instead, there’s only a daring aural soundscape that’s a cacophony of bird calls and shrieks—nothing tuneful, just din and chaos.  I think it shows an enormous amount of self-awareness and discipline for an artist like him to not fall back on familiar patterns and habits, and time and again, The Birds breaks the mold of what we’re accustomed to with Hitchcock.  It’s not a very funny film, as we’re often used to seeing in his work, but it is fantastic. 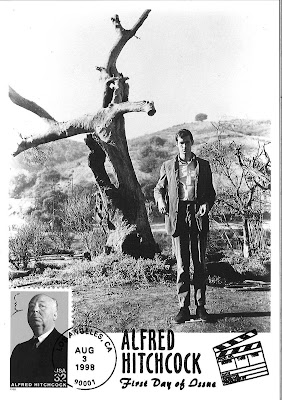 Of course, there are birds all over Psycho—the city of Phoenix, Marion CRANE, and all the examples of Norman’s taxidermy hobby.  They stay at silent attention in his parlor, ominous but stuffed.  It’s a strange pastime and a ghoulish one once we know his secret, but it’s also his most fascinating character detail.  The fact that these two films are back-to-back in Hitchcock’s career makes for a wonderful study in contrasts and an irresistible double bill.

But for me, Psycho always remains largely a cold and analytic experience while The Birds continues to be a starkly visceral one, steeped in ambiguity and a perverse sense of wonder.  It’s the most cryptic of Hitchcock’s films, which is perhaps why it’s also one of his most satisfying.  Hitchcock was famous for being a control freak, meticulously mapping out every shot, leaving little to chance or spontaneity.  Most of his protagonists find themselves in a dark place, but through resourcefulness, creativity and luck, they figure out the truth and save the day.  The Birds is his most artistic expression of how easily we can become victims to randomness and powers far greater than ourselves which we can never control.  It is a masterpiece. 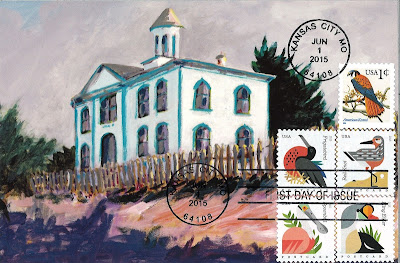 I don't know whether it's accidental that many of my favorite films of his take place in the Bay Area, starting with the sublime Vertigo (also SF and previously discussed here) and continuing with the exceptional Shadow of a Doubt (1943; filmed in Santa Rosa).  My mother had never visited Bodega Bay but she wanted to because of The Birds, so we recently went before she moved to her new home out east.  The schoolhouse is the most iconic location and instantly recognizable a half-century later, and while little else in the small town resembles the film, it's a beautiful area with some lovely views off the water.

The Hitchcock stamp was Scott #3226.  If you look carefully at the color photo of him with the cigar, you’ll see that there’s a subtle die-cut in the stamp itself of his famous silhouette (in the upper left hand corner).  I can’t tell you how nerve-wracking it was to separate all these stamps when this Legends of Hollywood sheet was first issued, because the perforations were so close to that die-cut, and it was easy to have that inadvertently tear if you weren’t careful.

Hitchcock also has a stamp (Scott #4414o) from the Early TV Memories issue.  Alfred Hitchcock Presents aired from 1955-1962 so in the time frame of both of these productions.  The coastal bird stamps issued earlier this year are #4991-94.  The American kestrel is #3031, the ring-necked pheasant #3050, and the British Alfred Hitchcock stamp was issued in 1985.

Posted by The Filmatelist at 10:29 AM No comments: