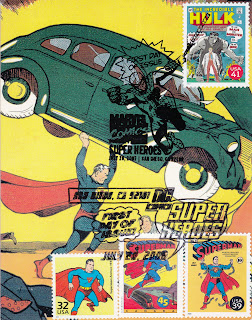 I’ll admit it.  Reflecting back on the big tentpole pictures of the summer, even the ones I found enjoyable seemed to evaporate from memory quickly.  But while it’s far from perfect, Man of Steel (Snyder) still lingers.

I think what I like about the film is that it addresses something that the other films have largely avoided, or only given lip service to: That Supes is genuinely super-human.  Not just extra-powerful, but almost godlike in his abilities (on a relative scale).  The devastation of Metropolis at the end is exhausting, given the overall film’s running time, but essential in conveying how humanity is mere cannon fodder if two true Super Men were to do battle.

But the irony is that despite the acknowledgment of this fact, the film is the least messianic about Superman than any we’ve ever seen.  In the Christopher Reeve incarnation, man is essentially powerless, and Superman must come and save the day for the planet time and time again.  At the end of Kill Bill, Part 2, Bill has a monologue on how the persona of Clark Kent is Kal-El’s commentary on (and veiled contempt for) mankind.  It’s a patronizing position, but apt because in those films, he’s all-powerful, but man is also hopelessly impotent.  This is even taken to the extent that Earth gains an entitlement complex by the time we reach Superman 3, where our hero is criticized for not always being able to save everyone, all the time.

However, despite being more powerful than any Superman we've seen thus far, Man of Steel's Superman is still less god, and more man.  His search for answers to his own identity make him more accessible, and his dedication to being an example for Earth, not an answer to all its troubles, is not mere lip service, as we see in the moving sacrifice of Col. Hardy and Dr. Hamilton (Chris Meloni & Richard Schiff, respectively) in the destruction of the Earth Builder.  Earth’s rescue is a collaboration; Supes may be the architect, but mankind has a real stake in its own salvation.  And that’s something we’ve never seen before.

I liked this film because it also (intentionally or not) harkened back to one of my favorite sci-fi films of the 70s, God Told Me To (Cohen, 1976).  In it, a supernatural being here on Earth assumes upon himself his own personal God complex.  And who can blame him?  A miraculous birth, powers far beyond his peers, in a society steeped in religion but agnostic when it comes to life on other planets—what else is he supposed to conclude other than that he represents a spiritual Second Coming?  And when you are dealing with someone who not only believes he’s God but has the power to back it up, what then?  It is director Larry Cohen’s finest film (Andy Kaufman’s too, incidentally), and it takes perverse pleasure in merging and melding these myths and cultural tropes that cinematic sci-fi usually keeps quite separate. 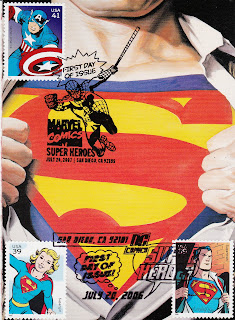 There were other things I liked about Man of Steel, too.  Krypton was a real place, with a real culture and history, not just a sound stage.  Zod is not just power mad; he’s a totalitarian on a genocidal mission, which makes him more believable and more horrifying.  True, Kevin Costner’s death is stupid and doesn’t have the poignancy of Glenn Ford's in the 1978 version, and the romance with Lois needed time to breathe.  It’s too fast, too sudden.  But Diane Lane, as Ma Kent, picks up the emotional slack and you see how the Kents would’ve raised their son with a stalwart code of values.

But in the end, the film tries to explain Superman, not just accept him on faith.  In the original Superman, he just…shows up one day, out of the blue.  His appearance to humanity is completely arbitrary (unless it’s to save Lois’s life).  But here, Kal-El is forced to make a choice that redefines his purpose, and the planet’s own self-awareness, too.  His search for this purpose ends up bringing the Kryptonians to Earth.  His sense of responsibility is why he reveals himself, at long last.  Call it The Last Temptation of Clark.  Until now, the cinematic Superman was always one-dimensional, a goody-two shoes.  That’s what made him truly alien.  He isn’t even known by his superhero moniker here.  This is not just a reboot, but a new conception of the character altogether.  I’m curious to see where it goes.

Of course, my favorite silver screen Superman is still the one conceived by the Fleischer brothers in their marvelous cartoon shorts of the 40s.  Here's one gem from 1942.

The first card (a greeting card, actually) has a Superman stamp issued as part of the DC comic book series (Scott #4084k) and is paired up with the Superman stamp that was part of the Celebrate the Century series (#3185f).  And Canada had a Superman stamp too, from 1995.  The other Superman stamp (#4084a) and FDC from that DC comic series is on the other card (a postcard), along with Supergirl (#4084i) from the same series.  As a concession to possible comic collectors, I also added a Marvel stamp on each of these cards from a subsequent release, too--hence The Hulk (#4159l) and Captain America (#4159e).
Posted by The Filmatelist at 6:46 PM No comments: